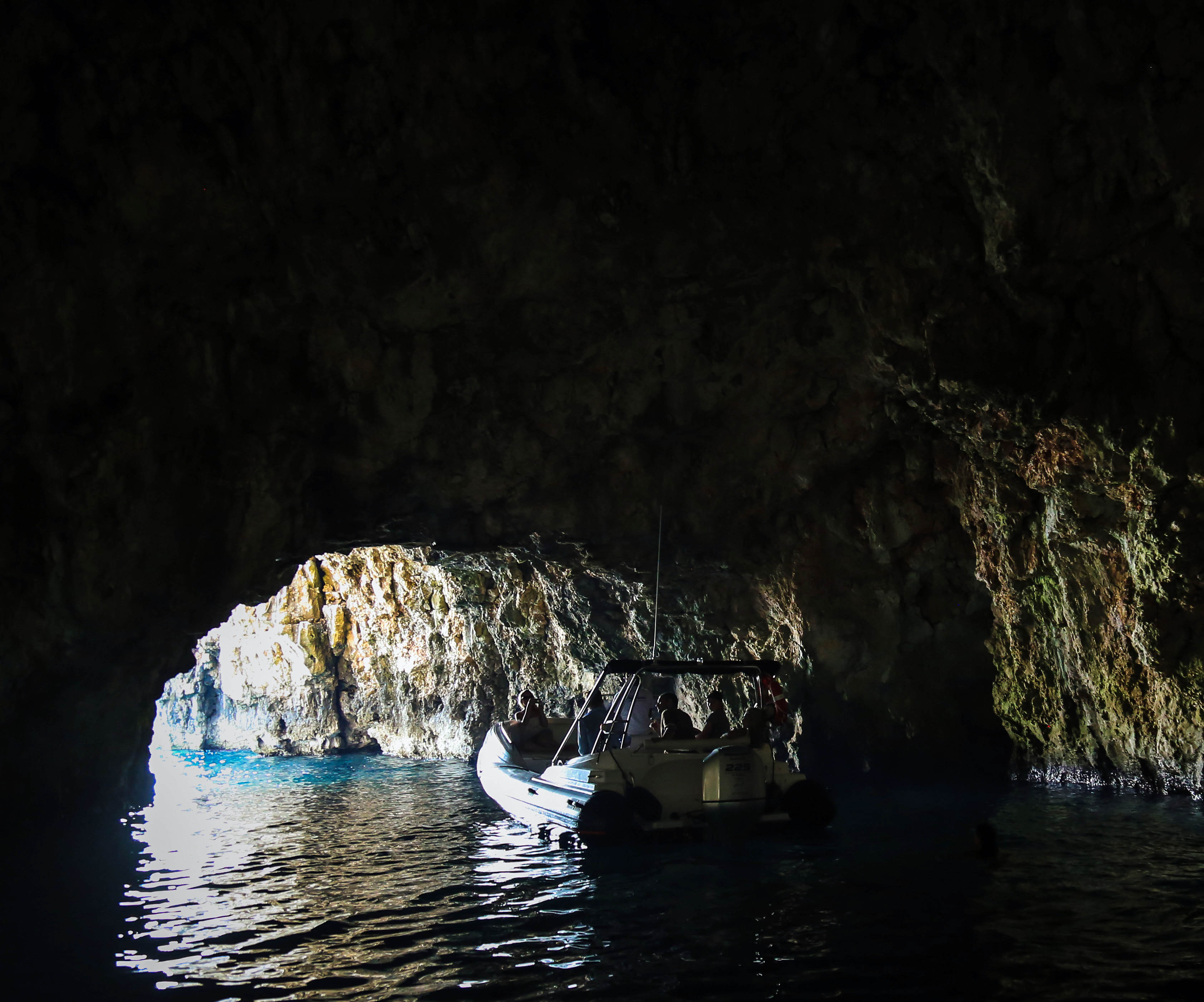 During our Blue Cave tour from Split, you will have a chance to meet the island Biševo. The Biševo island is located in the centre of the Dalmatian archipelago, five kilometers southwest of the island Vis with a population of only 19 inhabitants. Since the beginning of World War II, the population of the island was constantly declining. Biševo is the farthest Croatian inhabited island, connected to the Vis island by boat line.  Because of its geographic position, the island is exposed to high waves and strong winds. Even on the calmest days, the sea will be rougher.

This boat trip from Split lets you explore the sea off the coast of the island Biševo, a very rich fishing area. The shore hides many coves and a large number of caves. It is assumed that there are 26 caves. The most popular are the Blue Cave and the Monk sea cave. The Blue Cave tour from Split gives you the best experience of these natural phenomena.

From the very beginning, Biševo has great importance. The island is known as L` isola dei Busi (island of holes). This Croatian island  has gained world glory thanks to the one cave, The Blue Cave. This remarkable natural phenomenon has been discovered by accident driven by fisherman` s stories, the Viennese painter, baron Eugen Ransonnet.

Arriving on the island, the painter, who was a speleologist as well as a biologist, was fascinated by the story of the still unexplored island and biological diversity of Biševo. The island was unusually rich in flora and fauna. However, his curiosity was especially awakened by an animal, the monk seal. Its Latin name „Monachus“ perfectly reflects its character, because the monk seal is looking for places in complete isolation to raise its young. One cave today known as Monk Seal cave is a perfect fit for her. 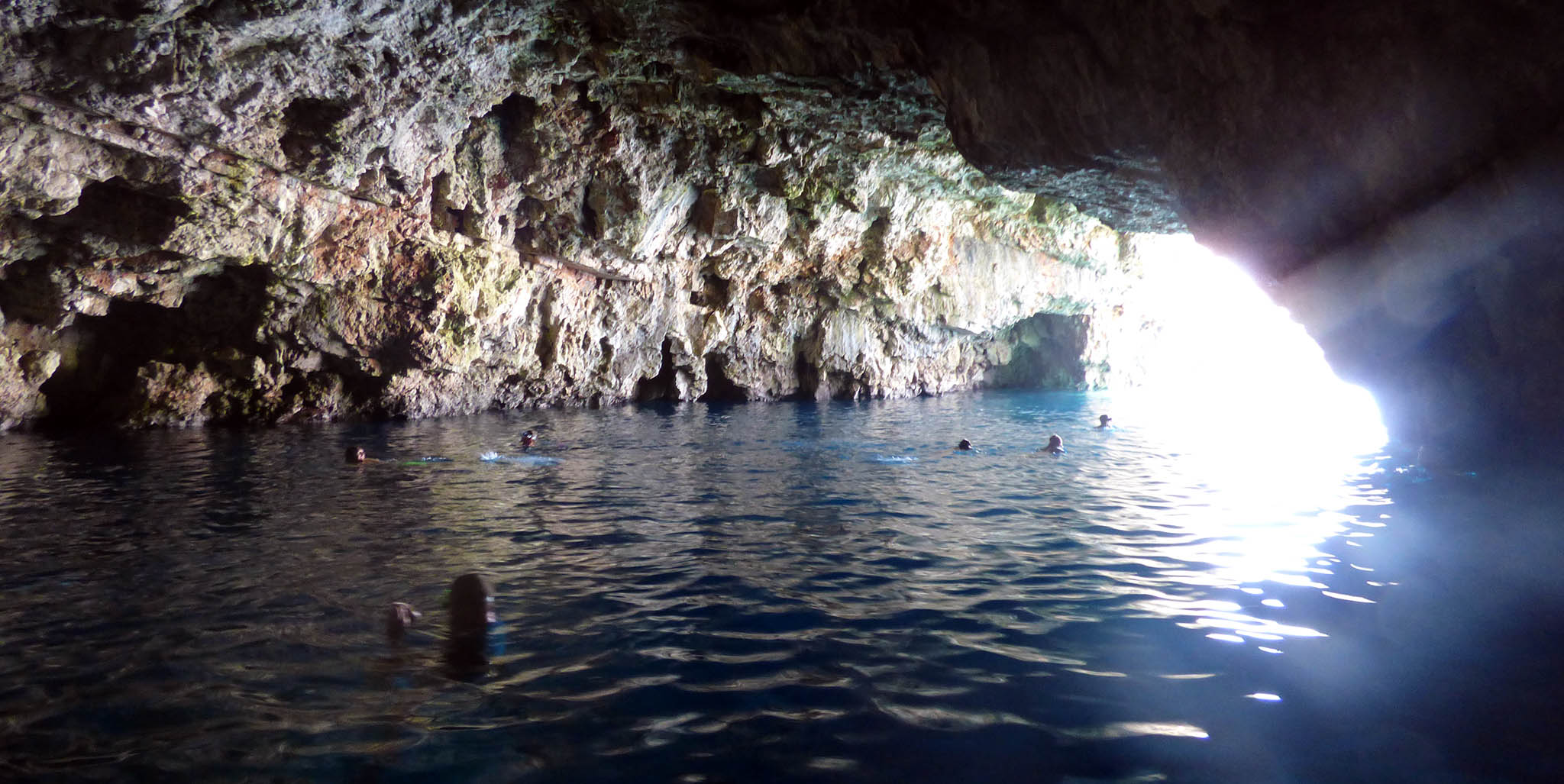 It has more than a hundred years since tourists came to Biševo. However, the breathtaking beauty of Biševo is still astonishing. The same beauty of Biševo that impressed the baron back then is still impressing tourists nowadays, as you will find out on your Split boat tour.

The Blue Cave, a natural phenomenon that hasn´t lost its beauty for years despite the fact it gets more than a hundred thousand visitors annually.

Once you´ve finished seeing the Blue Cave, this Split boat tour also gives you a chance to take a quick look at one of the Croatian islands, Vis.

On  Vis island and the surrounding islands, there are 12 special island plants. Preserved nature is the value of the island of Vis, as well as advantage, whom the World organisation for the environmental protection put on the list of ten best-preserved islands on the Mediterranean.

Our luxury boat trip from Split will give you a comfortable ride. You will have a wonderful experience and a lot of beautiful photos. Spend your day enjoying diving and swimming.

There is always the possibility that besides this regular excursion, which is up to date during the summer, you can choose a private trip. By doing so, you have the option to independently, or if you wish, with our suggestion, choose which islands you want to visit during a one-day excursion.