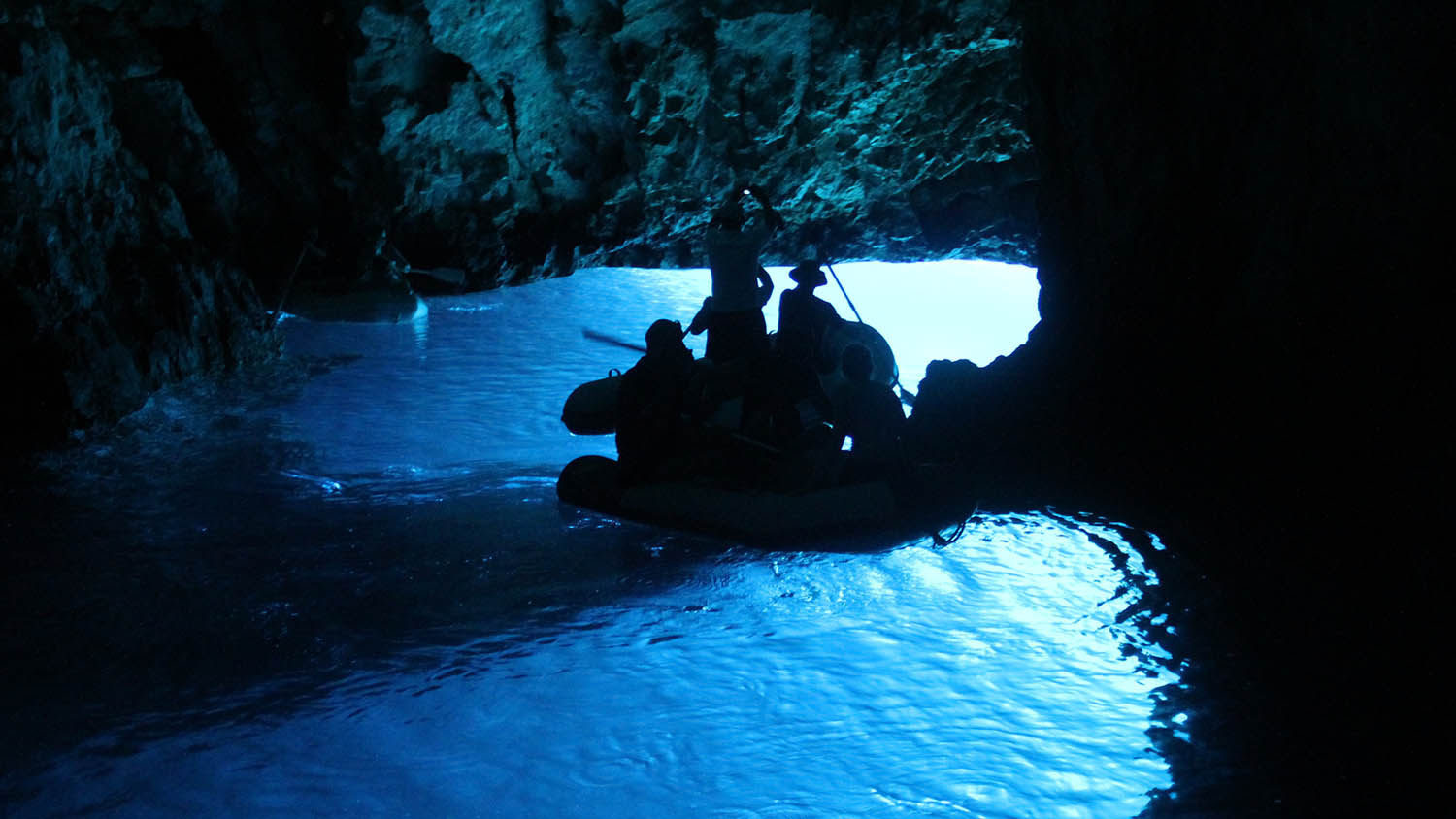 Blue Cave (Modra špilja) is a hidden gem on the eastern side of the island called Biševo.  Although discovered in the 1880s by the fishermen and locals, it’s been kept secret for a long time. It was impossible to access the cave by boat, one could only dive in, so it was decided to open a small entrance using dynamite. Since then, it’s been open for visitors. But do you know why it’s called blue? It’s very simple, actually. It is because of the sunbeams striking the bottom of the cave.

However, one can only experience this from 11 am until noon, because it’s only then that the sun creates this magic, colouring the inside of the cave deep blue. This is a perfect time to capture memories by the camera, but beware, no swimming allowed! You can swim on all the other islands, even in front of the Cave.