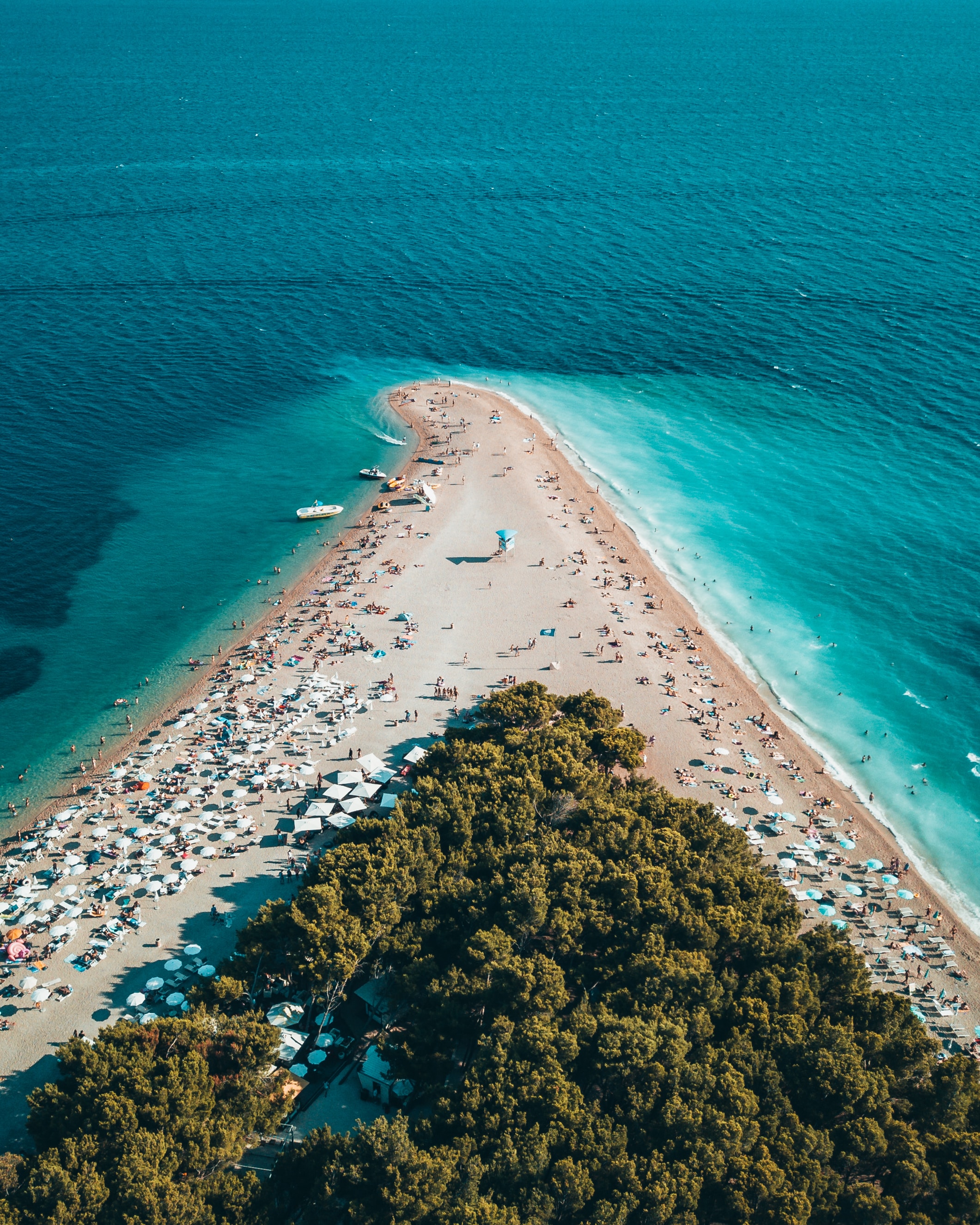 Brač is the largest island in Dalmatia and the third largest in the Adriatic Sea, characterized by specific Brač settlements, extremely interesting culture, but also beautiful natural and cultural attractions. Brač is located in front of Split, and is one of the longest islands with a total length of 40 kilometers. The island itself was built of carbonate-limestone rocks 100 million years ago, and is located on a site which offers the island the characteristics of the Mediterranean climate. The Mediterranean climate includes dry summers and mild and short winters, and Brač itself belongs to one of the sunniest areas in Croatia.

The island of Brač is characterized by a specific culture that is immediately visible due to the modest architecture of Brač seamen, fishermen and other locals. Renaissance culture and art flourished on Brač in ancient years, and the remains of that culture are visible on churches, palaces, sculptures and other buildings.

One of the most famous but also the oldest coastal municipalities in Brač is Bol. Bol is one of the most visited island destinations in the Republic of Croatia, and the place itself contains one of the most beautiful beaches in the world, the beach Zlatni rat. Bol is located on the south side of the island, at the foot of the Bol crown and Vidova Gora. This place stretches for several kilometers through the sea edge which has given it a great number of beautiful beaches that touch the extremely clear Adriatic Sea.

Some of the best things to see and do in Bol are:

1. Visit Zlatni rat and have a swim

Zlatni rat is the most famous beaches on the Adriatic, and is also ranked among the top ten most beautiful beaches in the world by travel magazines. Due to its extraordinary beauty, this beach is one of the most famous symbols of the tourism of Croatia. This beach is specific because of its pebble cape, which is about a thousand meters long and which changes shape and position depending on how the wind blows.

2. Wonder along the Bol promenade

Bol is a beautiful place that stretches for miles along the coast which can afford you a wonderful walk along the place. On the promenade you will find many beaches, cafes and restaurants, as well as shops and stalls where you can buy souvenirs.

3. Try out some local wine

We recommend visiting Stina Winery, located on the main promenade of this island town. The winery itself is made up of new and old traditions that make it one of the best wineries on the island.

4. Try out the local cuisine

Brač cuisine is characterized by Mediterranean cuisine, which is characterized by intense aromas and great variety of food. Mediterranean cuisine is relatively low in fat and is considered very healthy. Some of the most common foods are olive oil, lots of fruits and vegetables, fish and other seafood, many types of meat, frequent use of aromatic and spicy herbs, as well as bread and all bakery products. Some of the restaurants we recommend in Bol are the Vagabundo Restaurant and Bar, Tavern Vallum and Terrace Santo.

The Dragon’s Cave is a monument to the monastic life of a Glagolitic priest from the 15th century, located in Murvica in the municipality of Bol. There were two separate traditions in the Dragon’s Cave, Christian and Gentile, and a religious life was held there. In front of the cave it is possible to reserve a place on an hour and a half tour, and you can walk and climb to the beutiful viewpoint where you can take some pictures.

Brač is one of the most beautiful and sunniest islands of all Croatian islands that you should visit during your holidays in Croatia. If you are in Split and want to book a specific excursion from Split and also visit Bol on Brac, check out our one day excursion Bol & Golden horn day tour from Split with Lunch & Drinks.

For detailed information about the trip and the possibility of booking click on the link below: