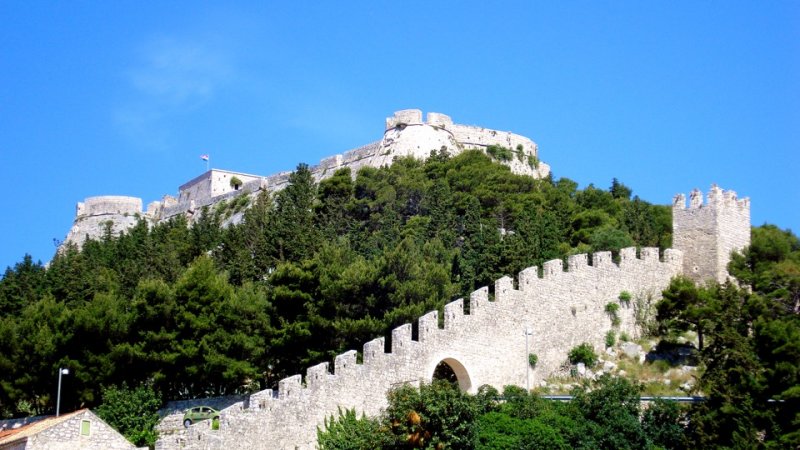 Hvar Island is one of the sunniest and hottest European summer destinations and is an extremely popular destination for all tourists who are visiting the Croatian coast. Hvar is special, not only for the crystal clear Adriatic Sea that surrounds it but also for the untouched preserved nature, cultural and historical heritage, specific Mediterranean gastronomy and the largest number of sunny hours a year, which is why it is also called the sunniest Croatian island. Hvar has more than 2700 sunny hours a year, and the climate on the island is Mediterranean with extremely warm summers, which makes it ideal for the summer holidays. Hvar has a large number of tourist attractions, from the old Dalmatian settlements, hidden coves, beaches, rich and interesting history, and cultural heritage, but also the turbulent nightlife during the summer.

The top 5 things to see on Hvar during our boat tour:

The trip to Fortica Fortress is one of the most beautiful walks that the island of Hvar has to offer. The walk includes not only the sight of Hvar’s stone houses and streets, but also passing the main city gates of Porta di Datallo. There you will see palaces from the 15th and 16th centuries that will steal your attention as you climb up to the fortress itself. Fortica Fortress was built in the first part of the 16th century and today it is one of the most important sights on the island because of its collections from antiquity and the Middle Ages. From the fortress you can also enjoy a panoramic view of the Pakleni islands and the town of Hvar itself.

Hvar monasteries are extremely famous for their specific tradition of lace making that has been maintained within the monastery itself for years, and this tradition has been passed down from generation to generation. In 2009, lace-making skills were included in the UNESCO list of Intangible Cultural Heritage.

The Hvar Theater is a social and cultural symbol of the city itself, founded in 1612 as the first civic theater in Europe. Many famous theater stars performed at the Hvar Theater, and the upgrade of the theater itself was made in the 17th century.

This fortress in the town of Hvar was built by Napoleon in 1811 and is located on the hill of Sv. Nicholas west of Fortica Fort. The purpose of the fort was to be a reconnaissance and guard post and is still well preserved today, however it is closed to the public.

An extremely interesting building, built in the town of Hvar in the area of Grod, and is known in the cultural and historical heritage of the town as the Bartučević House. The house was built in the first half of the 15th century in the Gothic style and was later rebuilt in the Baroque period, which is why the house acquired a combination of two historically famous styles.

Hvar is one of the most beautiful and famous destinations but also one of the the longest and sunniest islands in Croatia. A visit to this beautiful island will knock every visitor off his feet, because on this island you can enjoy not only the sun, but also cultural and historical sights, natural attractions, but also the beautiful bays that surround the crystal blue Adriatic Sea.