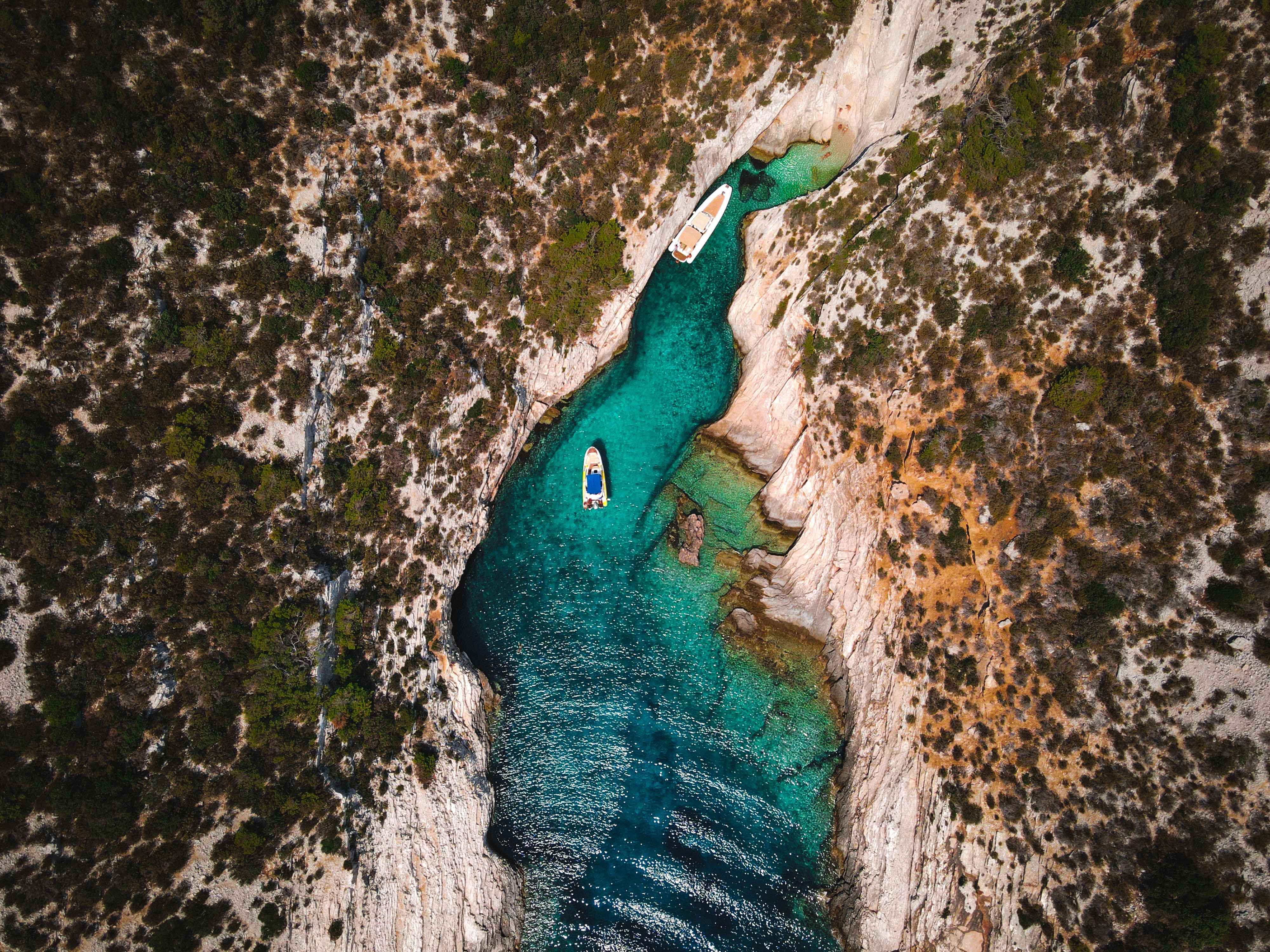 Vis has been inhabited since prehistoric times, and here are some facts about Vis you didn’t know!

The island, as history testifies, was an extremely important meeting point of sea routes, but also of various cultures and groups of people of different origins. Find out more about the military history of the island and islets around it!

Facts about Vis you didn't know

In the Teuta cave, which is located on the north side, pottery dating back to the Eneolithic period was found. At the same time, numerous finds were discovered indicating that there was life on the island and during the early, middle, and Late Bronze Age. Then we talk about the period 1800 to 1000 BC. Kr.

The island, as history testifies, was an extremely important (military and commercial) meeting point of sea routes, but also of various cultures and groups of people of different origins.

In ancient times the islanders lived in the heart of the island, not by the sea. At the village Velo Selo ( Big Village). They feared a pirate and an attacker from the sea.
In the 15th century, Velo Selo was destroyed in Italian conflicts.

In addition to the Blue Cave and Stiniva Bay, Stončica Lighthouse… we bring you several locations and stories about them, to encourage you on slightly more unusual (military and islets) routes.

But before we start, read one of the legends of the island of Vis.

One of the legends of the Island of Vis

Fish has always been important to the people of Vis because they lived from it and from wine. After a century of a good catch, the seas around Vis were deserted and the sardines disappeared without a trace. People were in great agony, so from one caught on March 8, 1868, they had a silver casting made. The fish was dedicated to Our Lady in Veli Selo. It was rumored that after that consecration, Our Lady prayed to God for the fishermen of Vis again rich catches and thus saved them from starvation. People were grateful to her, and the silver sardine is still under Our Lady’s image with other votive gifts. 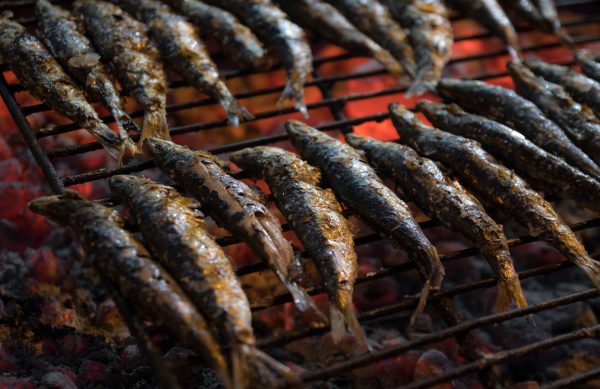 Vis as a military base

This is a fact about Vis you probably didn’t know!

Vis was an important military base of the Yugoslav Army in World War II. It has a total of 30 different military facilities, including one of the most attractive, the missile base in Stupišće near Komiža.
Huge missile base with an impressive complex of tunnels and bunkers that were on standby in the event of an invasion.
The past of the island is truly turbulent. Tito’s Cave (which is not one, but two) can be reached from the road to Hum – the highest peak on the island of Vis. 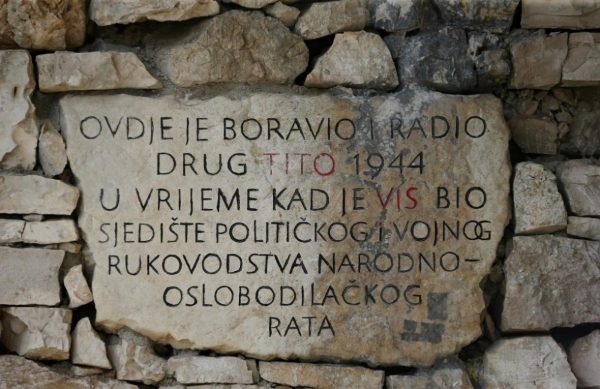 On the website of the Croatian Mountaineering Association, a visit to the summit is not recommended: “because there is a military facility on it that should not be approached”. But on the way from Podašpilje or Vis you can visit other curiosities. An arranged stone staircase leads to Tito’s caves hidden on the slopes of Hum. The entrances are partially walled up, and no additional light is needed for sightseeing.

Tito’s secret bunker was built during the Cold War in the event of a nuclear disaster and was supposed to take care of about 350 of the highest-ranking people in politics and the military.

So, as a military base, Vis was closed for tourists and ‘passengers’. This small island has a great history that has been a top-secret for decades. Access to the island was restricted after World War II. Given these points,  50 years of isolation today have resulted in a story that others do not have. Go there and enter the military tunnels by boat or by car and feel the touch of the army. 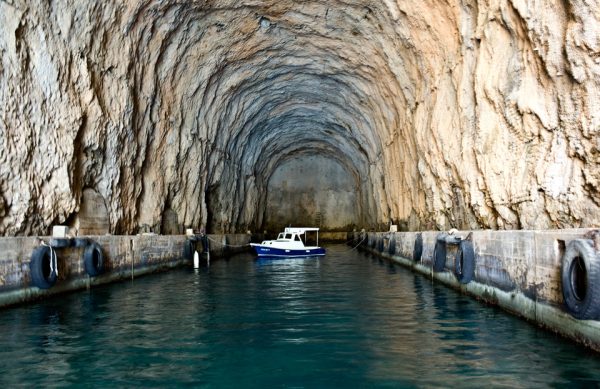 One of the tunnels from sea side

The army left the island in May 1992. Identically important, Since the JNA could not take the cannons with them, they decided to destroy them so that the Croatian army would not take them over.

Fascinating and not so typical islets

Islands around the Vis

Veli Budikovac, a small uninhabited island about 3 kilometers southeast of one of the island’s settlements called Rukovac. It is interesting that in 2012 it was recorded that the island even got its only inhabitant. It is an unavoidable location for all those who travel to Vis and a small piece of paradise with a beautiful quiet cove, beach, and crystal clear sea.

But before you go there, we advise you to search a bit about the situation on the Budikovac. One is for sure – you will have a true Robinson experience and the food to never forget. 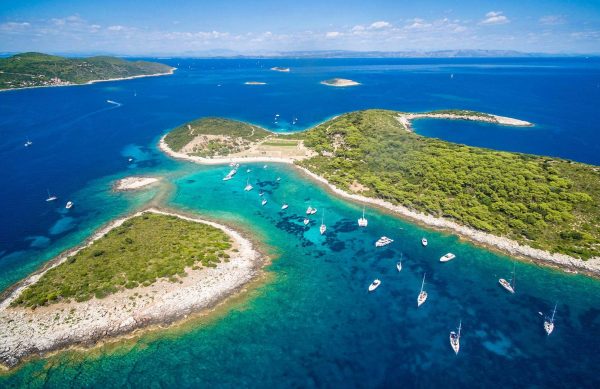 The islet of Budikovac or Budihovac as the locals call it is an ideal place for a real vacation. The island has a beautiful pebble beach and a small bay, protected from the open sea, an attractive refuge for many boaters who want to spend their holidays here. There is also a deep anchorage (about 2 m) and a beautiful swimming lagoon on the southeast side of the island of Vis.

is located on the island and serves vegetables and spices grown from their garden. Fresh fish and meat are always on offer. Indulge in the peaceful atmosphere of this place. The fact about Vis you didn’t know is maybe information that you have to know some locals if you want to visit all these secret places 🙂

Book your buoy or table at the Tavern before arriving.

Biševo is an isolated island that is mostly seen as a suburb of Komiža.
The island of Biševo is located 6 miles from the island of Vis, across from the town of Komiža. It has 13 permanent residents ( 1960. There were almost 200). It is adorned with several beautiful sandy beaches, lots of hiking trails and secrets to discover, and is a real untouched gem of wildlife. In summer it attracts a lot of tourists because of its famous Blue Cave!. It has very little light pollution allowing it to have long starry nights. It is home to several indigenous species of birds, no poisonous animals or insects, it is completely tame towards friendly people.

Life in Biševo is a real return to nature and poses a challenge to modern man in coping and surviving without technology, shops, tap water, and other people. Please familiarize yourself with the conditions of your stay on the island to successfully prepare.

No drinking water – Please bring all the water you need for drinking and cooking. Water for washing dishes, goods, yourself, and others exist in the form of rainwater from the cistern.

No shops – You need to plan well and bring everything you might need during your stay: from food to a hammock (sincere recommendation!). 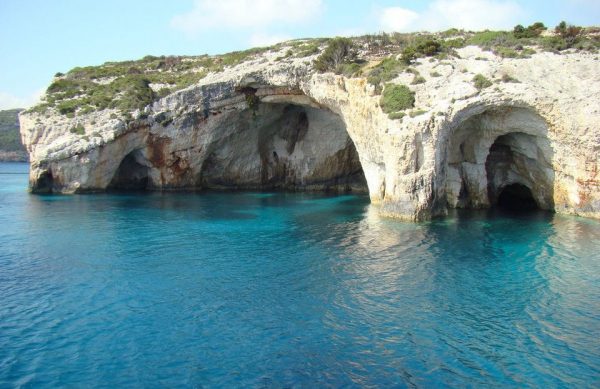 Entrance of the Blue Cave / Biševo

The whole island is owned by the Zanki family.
They have no objections about visitors and tourists, and after you walk around the island, see the churches, houses of the Zanki family, you can taste their wine, prosecco, and other island products.

Equally important island – Brusnik, is a fascinating uninhabited island of volcanic origin, 12 miles from the main Komiža.
Is the largest Croatian volcanic island. The specific shore of Brusnik shaped by the sea on both sides, 9 natural lakes for lobster storage, 9 stone walls covered with branches that served as a hiding place for the crew, a specific beach of black rocks, black lizards, etc., make this island amazing. Endemic species of lizard: black lizard that lives only here, is black with turquoise spots along the hips that from a distance look like a line. Hope you will be happy to see it!

If you are on the island of Vis, maybe the best adventure you can have will be if you book one of the local tours and hear all those stories only the locals know. 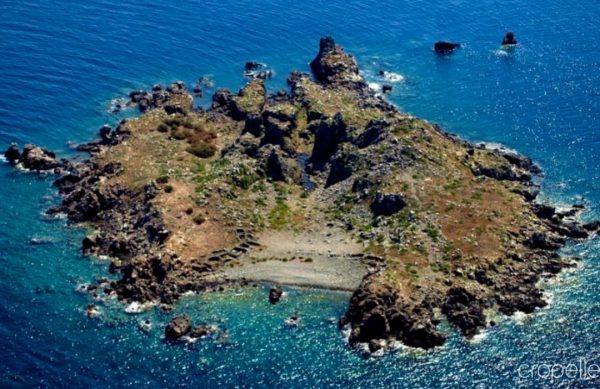 Brusnik - A must see Vulcano Island

In the Vis archipelago, there is the largest concentration of natural monuments in one place:

1. the Medvidina cave with its 160 meters is the longest sea cave on the Adriatic and was named after a former resident of the Mediterranean seal.

3.  The volcanic islands of Jabuka and Brusnik

5. the Green Cave on Ravnik.

Look at those beauties in our gallery!