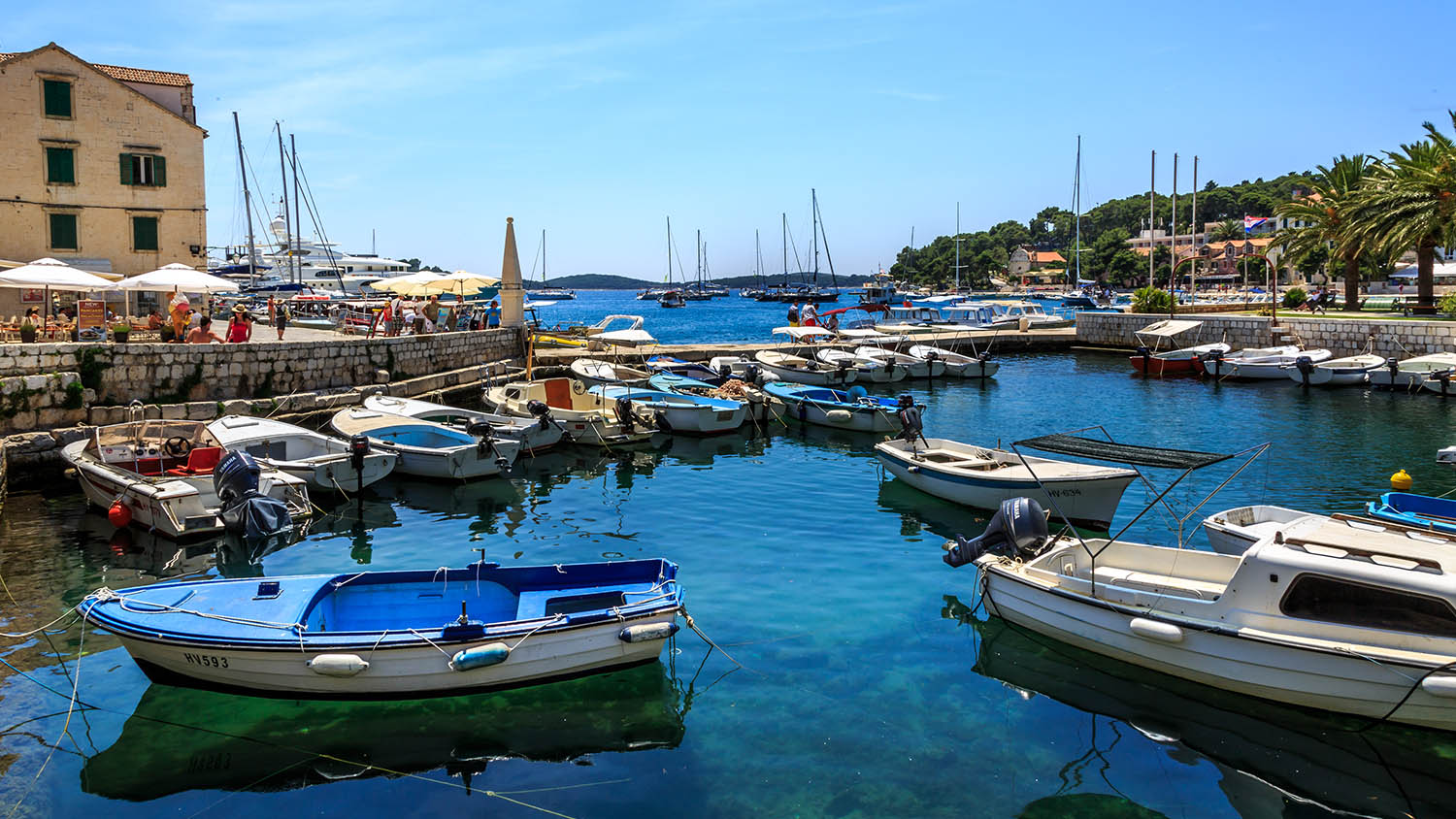 Thanks to this amazing Blue Cave tour from Split, you will get the chance to experience Hvar, one of the most desirable and most visited destinations of the entire Adriatic coast. 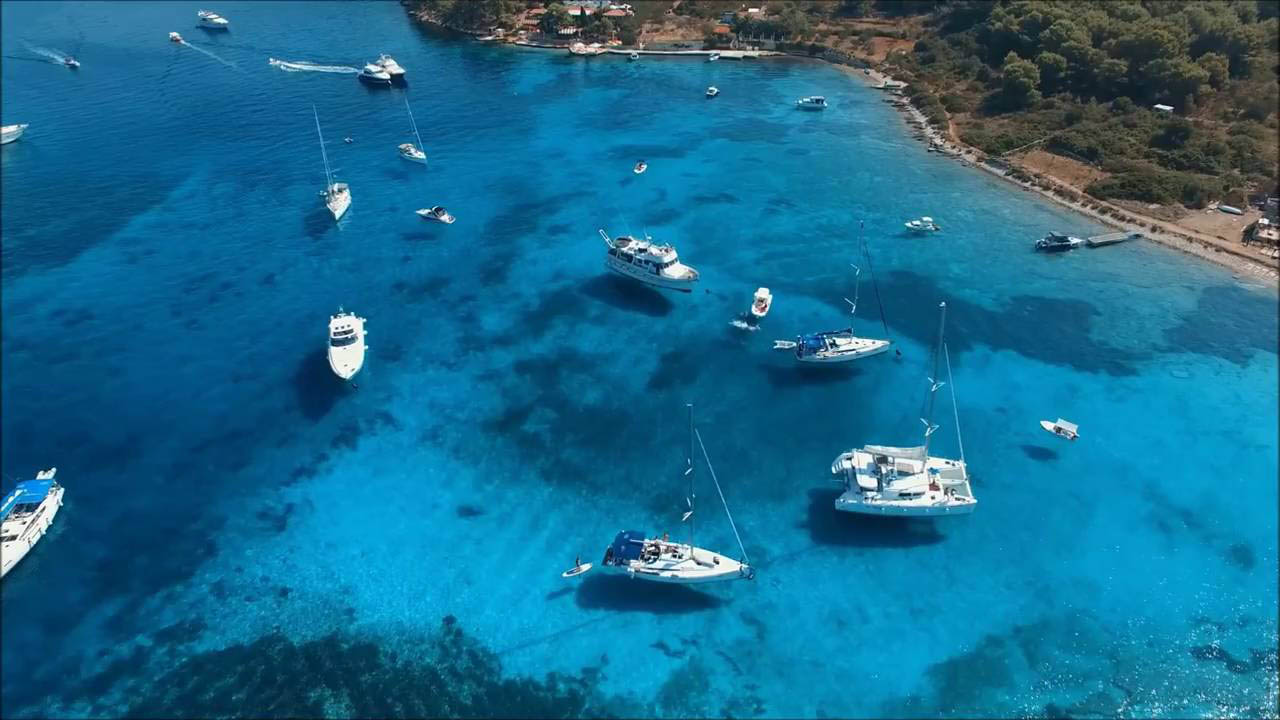 Not bad for just a part of the Split boat tour, right?

But that’s not all! Read on…

The beginnings of tourism in Hvar date back to 1868 when a professional tourism association was founded. The island of Hvar is one of the sunniest islands on the Adriatic, with an average of over 2700 sunny hours a year. But temperatures are not unbearable due to the presence of the windmill, the wind that is ideal for sailing.

From the destinations you can visit during this one-day Split boat tour, we will list only a few places: Hvarska pjaca, Hvar cathedral, Hvar theatre (one of the oldest theatres in Europe, founded in 1612 and the first public theater in the world, located near the arsenal), Španjola Fortress from the 16th century (built in the beginning of the 16th century on a hill above the town), St. Stephen` s cathedral (from the 16th century), the square in front of the cathedral (the largest square in Adriatic islands), city hall( from the 15th century, former governor palace) and Franciscan monastery (built in the 15th century, with a museum paintings and other historical objects).

The island of Hvar is also famous for its vineyards with quality grape varieties on the steps slopes. The most famous is Plavac mali.

On UNESCO Word heritage list is a procession called ˝Za križen˝( Following the Cross) which is held every year before Easter and also the field of Stari Grad , east of the town because of its antique land subdivision system.

Hvar´s lace made of agave trees designed by the nuns of the St. Benedict monastery in Hvar is also on UNESCO world heritage list.

Walking through the narrow stone streets of Hvar, called ˝kale˝ , is a special pleasure. It gives a blink at Dalmatian authentic architecture.

Since you will have a chance of having a few hours on this Croatian island during this boat trip from Split, why not take the time to try the unique Hvar gastronomic specialities?

Taste the famous delicacies and cakes of the island Hvar. 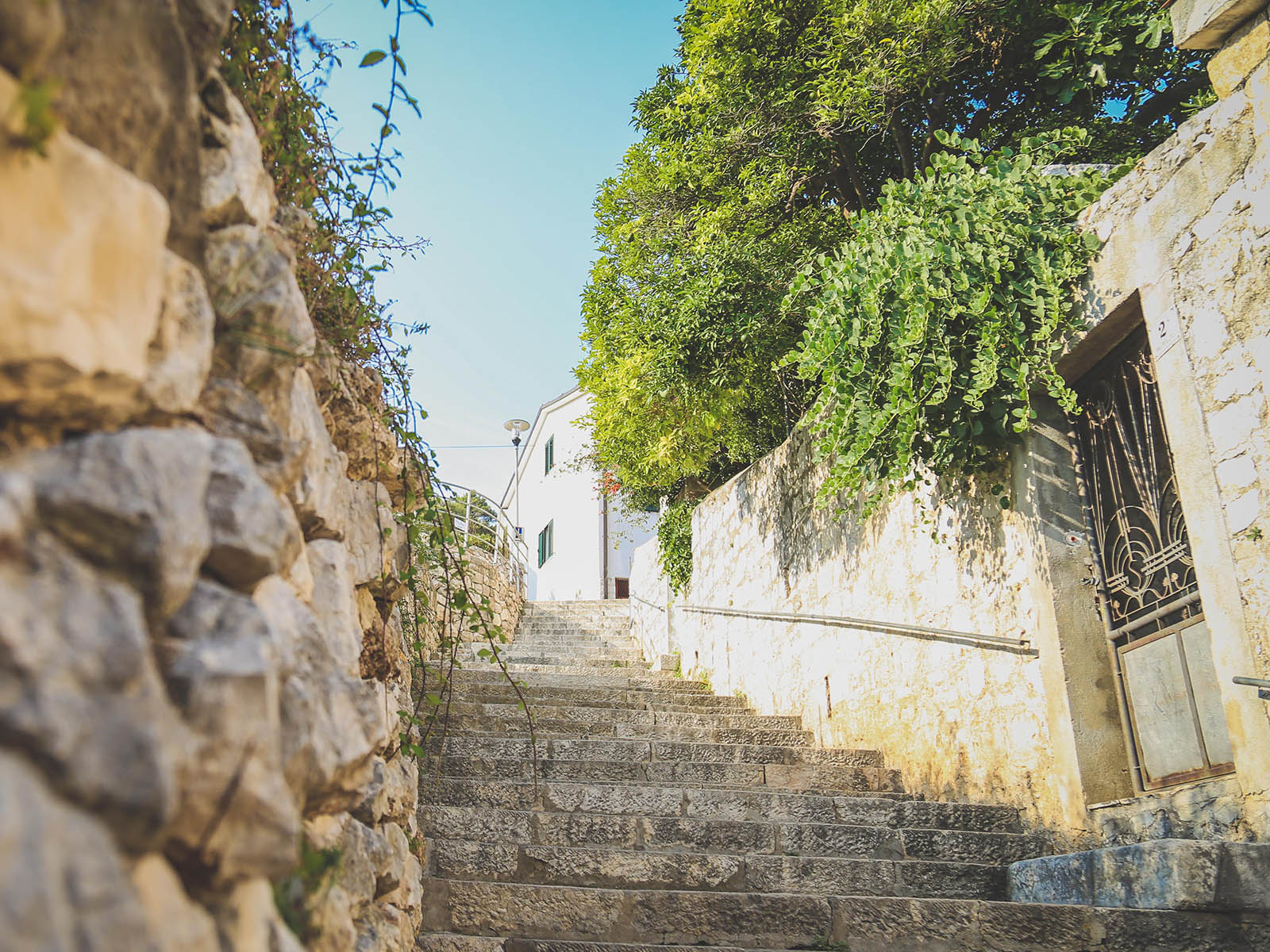