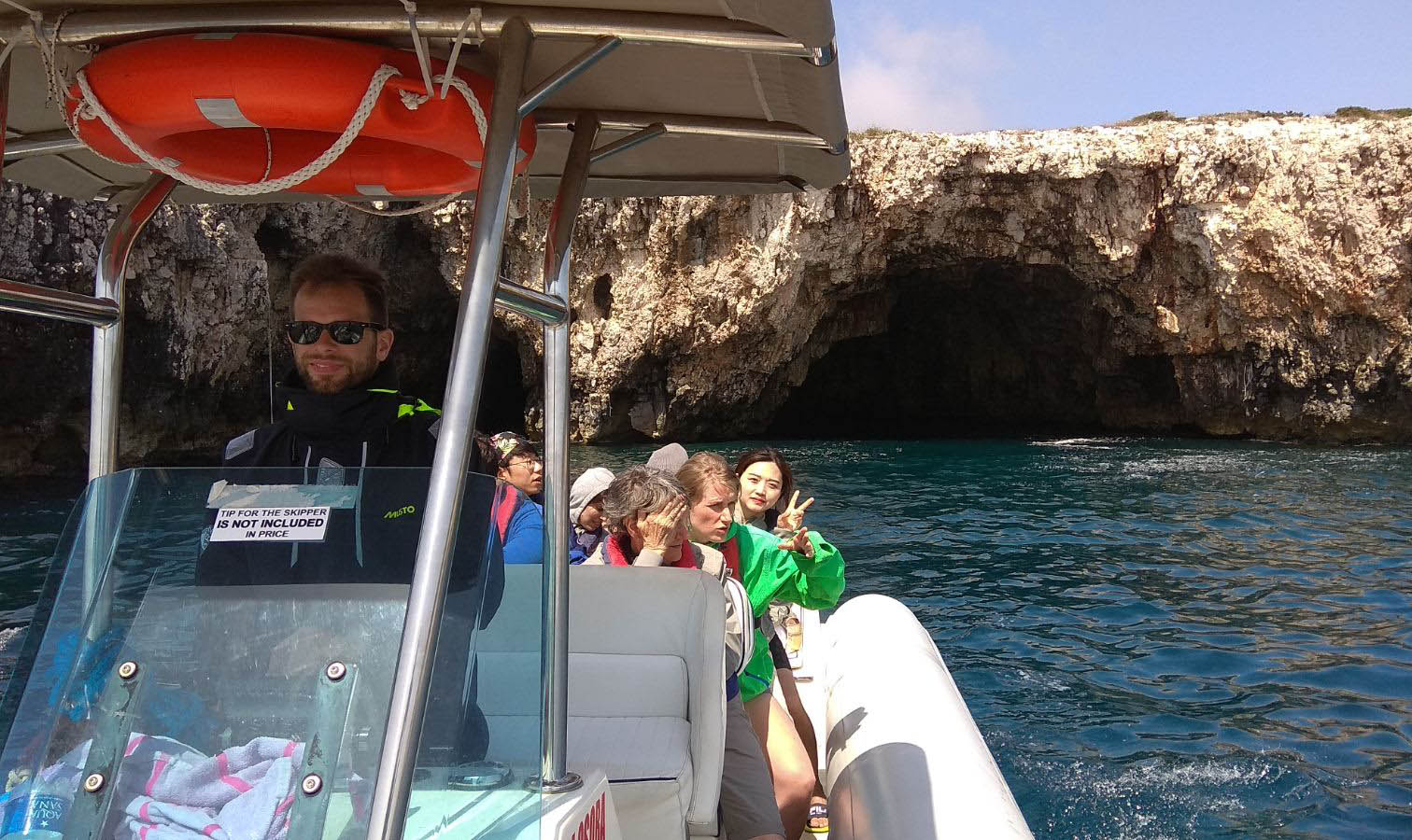 Croatia is a country full of beauty. We will share with you some of Croatia´s stunning caves. The Adriatic coast is one of the attractive places for speleology and underworld research, launching Croatia into top tourist destinations.  Besides the caves which are intended for professionals, there are many  „tourist“ caves, which are suitable for amateur exploration.

The most famous cave on the Adriatic Coast that attracts over a thousand visitors every year is located on the island of Biševo, the beautiful Blue Cave. Probably the most famous cave on the Croatian Adriatic, toned in blue light clean water. The atmosphere in the cave will leave you breathless, just note to visit it between 11:00 am and 2:00 pm, because it is only when the sun reflects from the sandy and rocky sea creating amazing blue and silver colour. Thanks to our Blue Cave tour from Split, you can discover this gem of nature and enjoy the natural light phenomenon.

Its beauty  was first recognized forty years ago. The name comes from the caves former inhabitant, the Mediterranean seal known as the sea monk.  The Mediterranean monk seal is species of seal and one of the most endangered mammals. The Biševo Island hides seven caves, while the second most famous is Seal Monk Cave, located on its eastern shore.

The Green Cave on the islet of Ravnik is located southeast of the island of Vis. The cave is named for its light effect. The cave has an opening through which sun rays can break into the cave and then they reflect off.

In the past, the Green cave was a shelter for fisherman, where they cleaned their nets, sorted fish, got away from the storm, or just rested shortly before they continuied with their job.

On the south side of Lastovo is located Medjedina cove. As the name suggests it was the habitat of a Mediterranean bear. It has been protected as a natural treasure since 1967. It is not so popular as the Blue Cave, but everyone were delightful once they saw it.

Vela Cave is located on the northern side of Vela Luka, overlooking the cove of Vela Luka on the island of Korčula. The Cave is assembled of one big chamber with two openings in the ceiling.  The cave was used for a long period of time as a shelter and home. From Mesolithic, Neolithic and even Paleolithic time  this cave had a role of human residence. Thanks to the landmarks that are still inside the cave, you have an insight regarding the habits and lifestyle of prehistoric inhabitants who lived there. It is very nice place during summertime when cultural and music events took place inside vela Cave.

The  Odysseus cave on the island of Mljet

According to mythology, the legendary Greek hero Odysseus, while returning from ruins of fallen Troy to his wife Penelope was shipwrecked on the island of Mljet for seven years. He found shelter in a cave on the coast o fan island. There, he was struck both by the Island´s beauty and by the nymph Calypso. Because of these things, he stayed  on this island for seven years.

The cave is located on the south side of the island of Mljet. It is an attractive sea cave, egg shaped cave whose ceiling has broken off. Sun rays strike the sea from above and scatter on nearby stone walls in different colours.

The Cave Golubinka is located on the southern shores of the island of Dugi otok, just 300 m from the Brbinjšćica bay where is the best to anchor the boat. It is characterized by a long entry, which can be passed by swimming or a very narrow boat such as a kayak. Here does not lack rich fauna thanks to the natural light pierces through the open ceiling.

The cave of Blue Grota is located on the southern coast of the island of Cres in the bay of Žanja. The only way of accessibility is by swimming.

Somewhere, something incredible is waiting to be known…

Croatian islands are made from porous limestone. That is rich, fertile ground for caves. The beauty of these places no one leaves indifferent. Given that you will be able to see at least one of the above mentioned cave during our Boat trip from Split, it is nice to have knowledge about other caves.  You never know which one will awaken your interest in exploring?